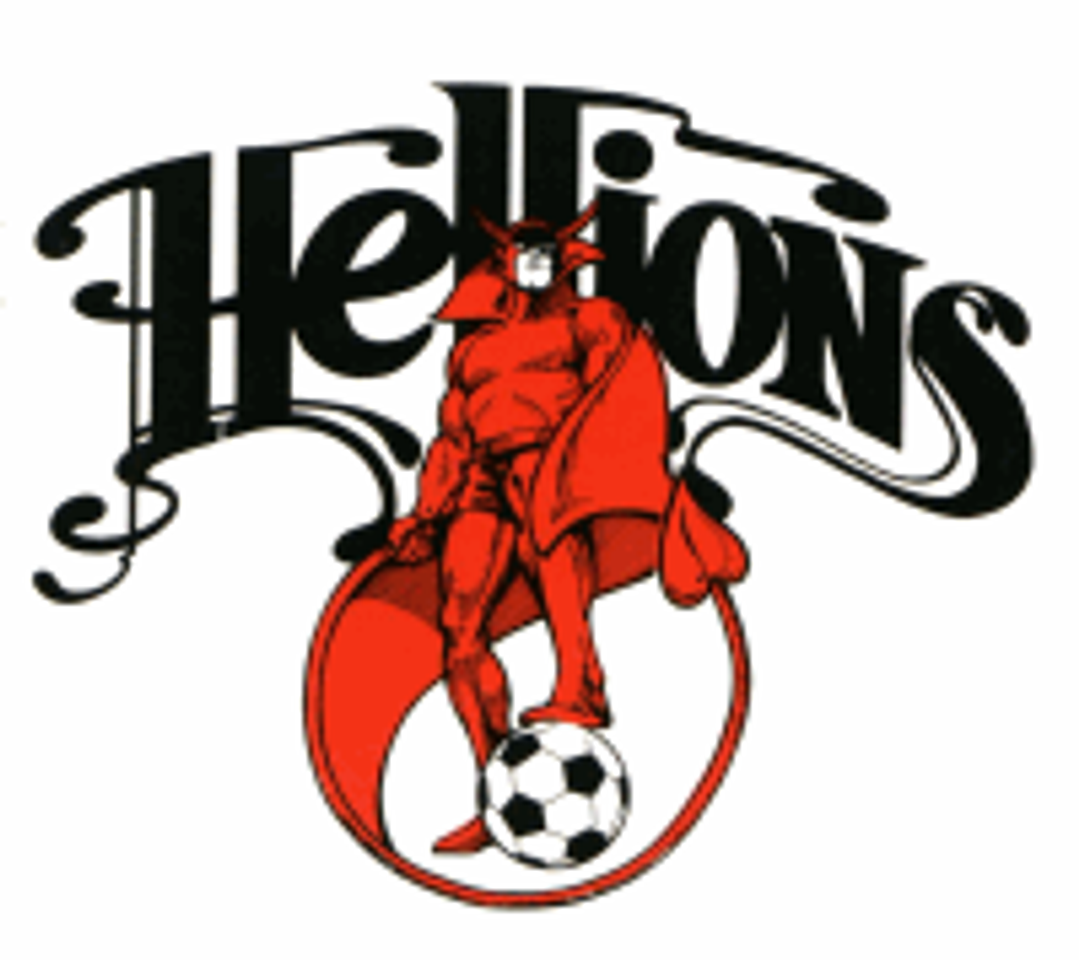 In May of 1981, the group Athletes in Action, headed by former United States soccer standout Kyle Rote, Jr. purchased the Major Indoor Soccer League (MISL) team then known as the 'Hartford Hellions' and moved the team to Memphis Tennessee. Because of the Christian nature of the group Athletes in Action it was decided that the team should be renamed. 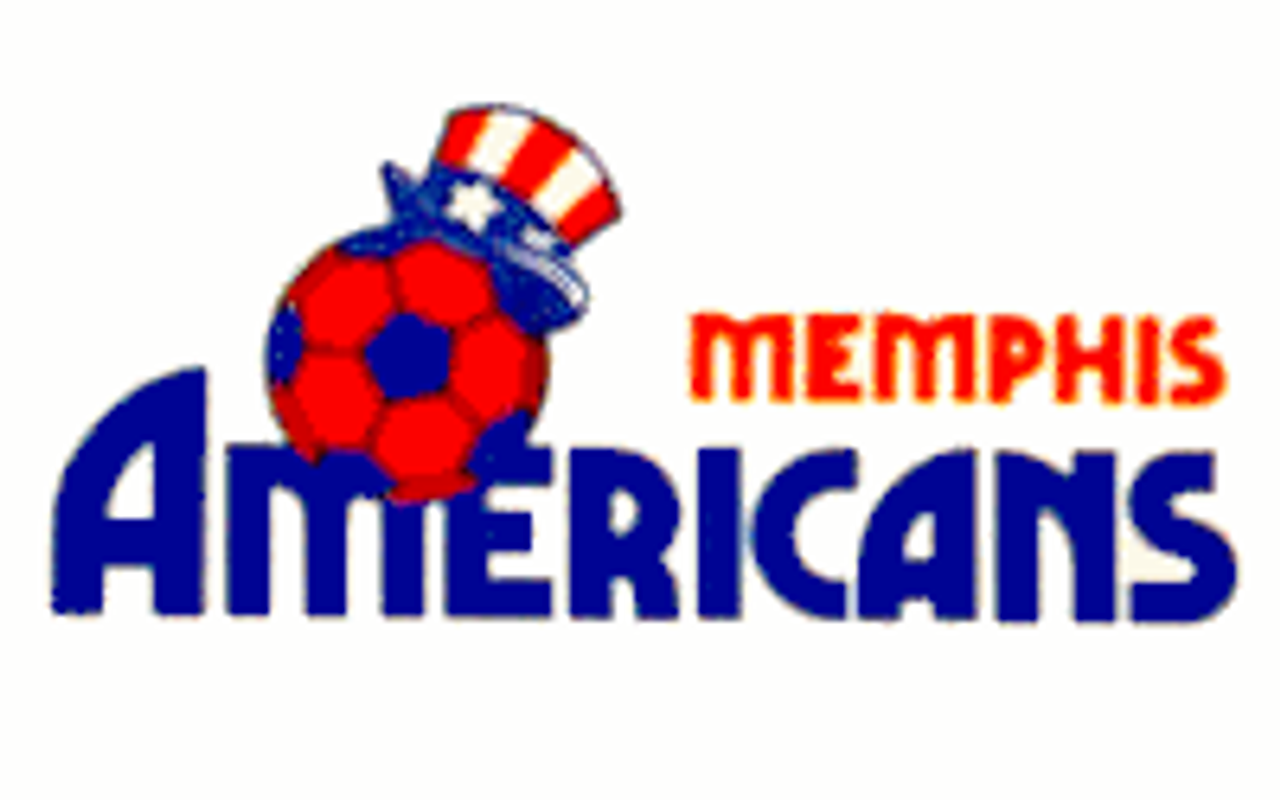 The name 'Americans' was finally agreed upon as it was seen as the most wholesome. The team played in Memphis through the end of the 1984 at the Memphis Mid South Coliseum. After the 1984 season the team was sold and relocated to Las Vegas Nevada and retained the moniker  'Americans'. 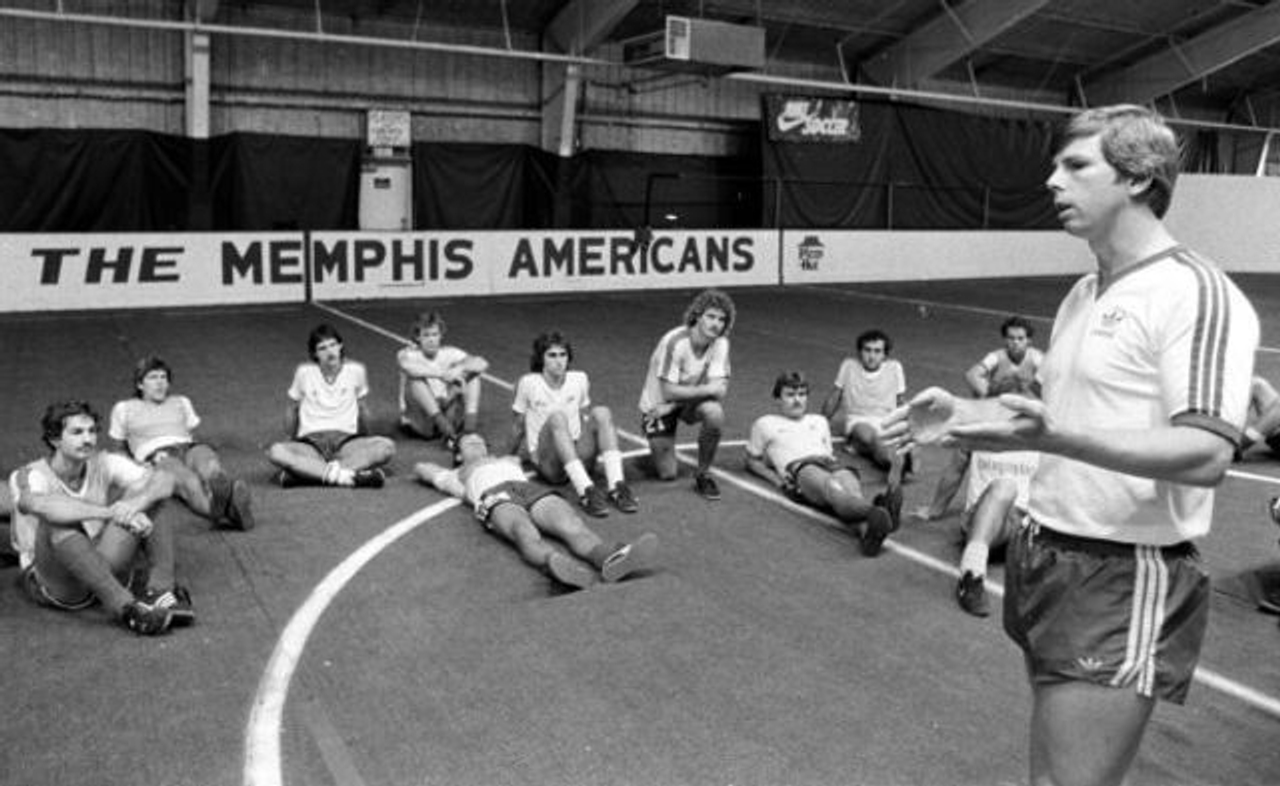 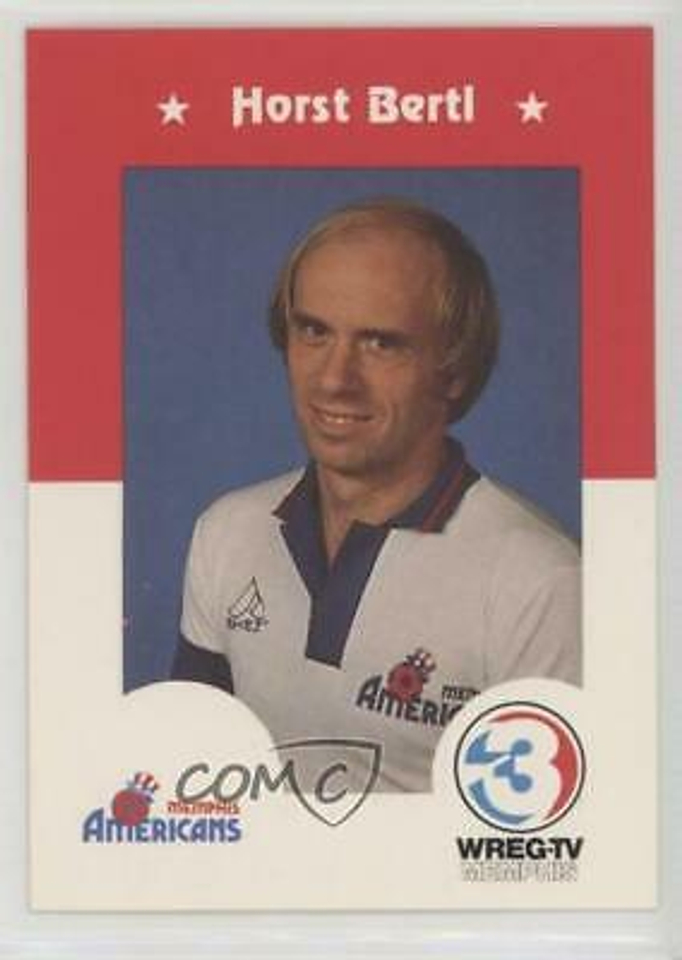 The team selected Horst Bertl, a German who was an experienced player and coach from the Bundesliga but new to indoor soccer, as their first head coach. In its last year, to save money, the team's general manager, Kyle Rote Jr, took over the team as head coach.

Despite its name the 'Americans' star players such as Tony Carbognani, Helmut Dudek and Stan Stamenkovic were foreign born. The team was also stocked by some of the Hartford players that came with the franchise to Memphis, including Tommy Nevers, Hank Liotart and Bruce Rudrof. The Memphis franchise added young American players like number one draft pick Mike Garrett and Steve Allison along with more experienced pros to round out their roster the first year. The team was very competitive and finished at just under .500 in their first season.

The team was well received as the city had supported the Memphis Rogues of the original North American Soccer League (NASL) years prior, especially during that teams indoor soccer season. Attendance was good at the Mid-South Coliseum - averaging over 7,000 fans per game in the 10,000 seat arena - but expectations were higher and even as the team entered the second season there was some expectation that the ownership needed to do better. A new group of local owners were added shortly after that as well as two local star players that would provide more local attention to franchise operations. In the second season the team continued to compete at around .500 and play attractive soccer. After the end of the third season however, the team was sold and was moved to Las Vegas Nevada - where they only lasted one additional year.

The Americans played very entertaining soccer with talented players. Stan Stamenkovic dubbed 'The Magician' had amazing ball skills and was one of the top three scoring leaders in the entire league throughout the franchise’s existence. Stamenkovic was the best-known of the players on the team, and was a draw for other teams during away games as well. It seemed everyone wanted to see 'The Magician' in Action. Helmut Dudek was a strong defender but was most noticed because he had such a powerful shot. Once recorded at over 100mph. Mike Garrett was a young American with great skills and Antonio 'Tony' Carbognani was very good at passing and controlling the ball but had, at times, a hard time controlling his temper. He was often one of the league leaders in penalty minutes. Richard But (pronounced BOOT) was the primary goalkeeper and had some great games. Bill Mishalow backed up But in goal and was formidable in his own right. Art Hughes and Joel David, both natives of Memphis were also assets on the field and off. Hughes dubbed 'The Denier' for his ability to block shots was also used off the field as ambassador to the Memphis and Shelby County School Systems and was instrumental in establishing the school’s inaugural indoor soccer programs as well as working with the Greater Memphis Soccer Association. David had a short stint with the team before succumbing to concussion related symptoms caused by going into the boards face-first after heading home a game-winning goal.

The Americans average attendance in its 3 seasons of play in Memphis was 5,763 before moving to Las Vegas and becoming the Las Vegas Americans. 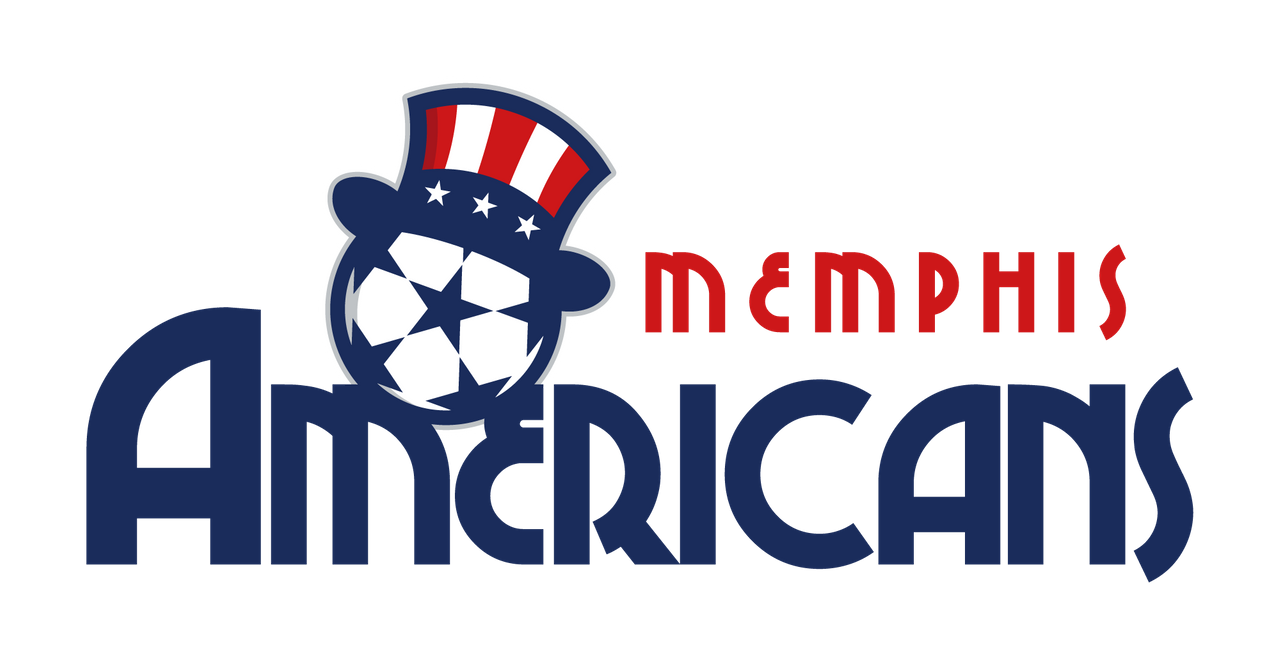 Fast forward to January 2021.  The Americans are BACK and have joined the National Indoor Soccer League and will call the Landers Center in Southaven, MS home.  The Landers Center seats 8,500 fans, and is just minutes from downtown Memphis. 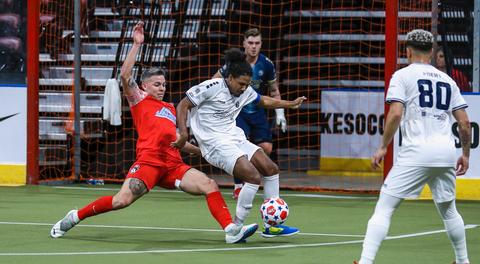 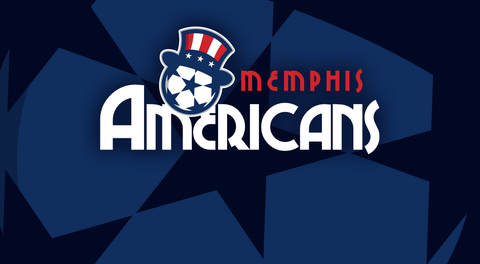 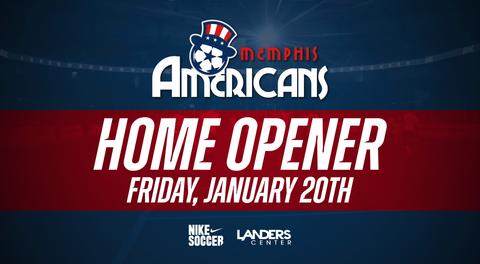 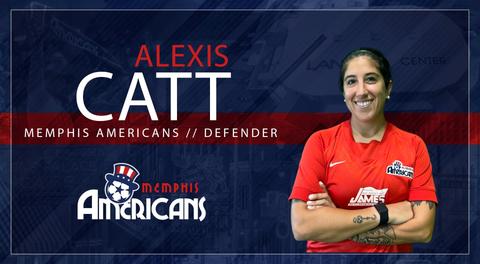 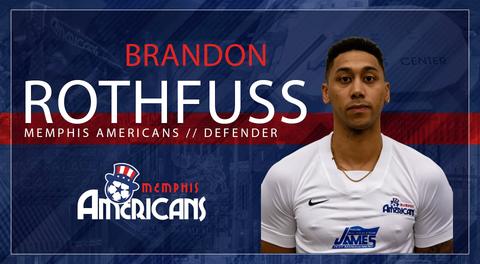 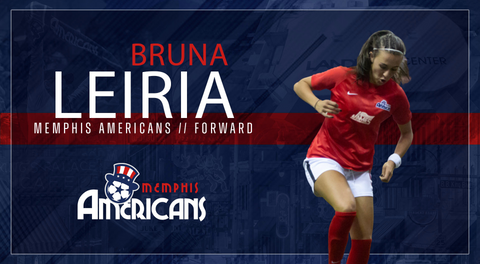 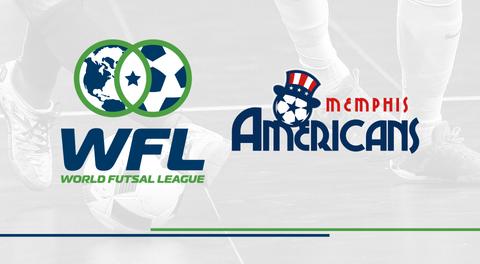 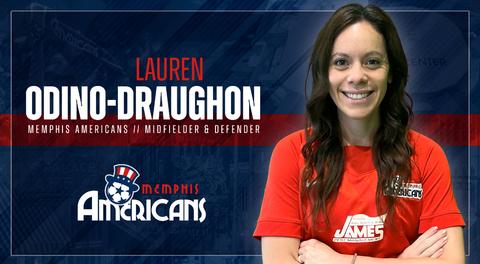 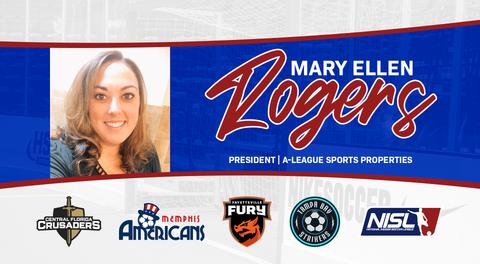